skip to main | skip to sidebar

Scientific dogma: When atheists hide behind the façade of science 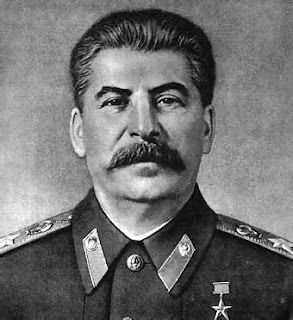 Why secular humanists are wrong in lumping Hinduism with Abrahamic faiths
Albert Einstein said: Science without religion is lame, religion without science is blind. Einstein was not a conservative Jew but he was a Zionist. He believed in in a separate state for Jews – Israel-- just as Hindu nationalists believe in Akhand Bharat (Undivided India).
However Einstein can be said to be a follower of either Deism or Pantheism as he rejected the idea of a personal God. (Deism is a religious philosophy and movement that derives the existence and nature of God from reason and personal experience. Pantheism is the view that everything is of an all-encompassing immanent abstract God or that Universe, Nature and God are equivalent.). Hey, Is not Einstein closer to Hindu brand of advaita (non-duality)?
Now this is the real sceintist’s take on religion and God. While Einstein was not deeply religious in the conservative sense, he had a sense of awe for the working of the universe which led to his pantheistic views and a sense of agnosticism.
However, these days there are many atheists who are lurking behind the façade of science in their bid to destabilise and lump noble religions like Hinduism along with the wrathful killer Abrahmic faiths.
Julian Baggini explains: “What most atheists do believe is that although there is only one kind of stuff in the universe and it is physical, out of this stuff come minds, beauty, emotions, moral values - in short the full gamut of phenomena that gives richness to human life.”
Now atheism is not new to Hinduism. There was Sage Charvaka who was an avowed atheist. It is not atheism that is the problem. It is when atheists use the façade of science to create a totalitarian state that is the problem.
This is what happened with Communists. Their claim was that “Communism is a science”. If Communism was a science, it was scientific dogma because the Communist State of USSR collapsed like a pack of cards. However, before it collapsed, it led to the death of crores of ‘masses’ proving that even atheism can be as dangerous if not more dangerous than the Abrahmic faiths. The Communists who had nowhere to go now branded themselves as secular humanists and are now going all out against religions. That is no problem.
What is objectionable is that the Indian secular humanists (who have abandoned their red ideological underwear for pink) are now hiding behind the facades of science to lump Hinduism along with the Abrahmic faiths.
The way of these intellectual frauds is no doubt unholy. The Abrahmic faiths are wrathful. They divide the world between the believer and the non-believer. They believe in converting the entire world to their faith unlike Hinduism, which believes in, live and let-live. The Abrahamic faiths are single prophet-single book religion unlike Hinduism which have a range of thousands of books and thousands of prophets. The choice is wide for Hinduism.
Yet, these secular humanists are lumping Hinduism with the killer Abrahmic faiths on the pretext that the Dalits are ill-treated and they even go to the extent of lumping it with jehad and inquisition. Forget the numbers involved. These ‘Secularists’ do not have any intellectual honesty. Though crores were killed in jehad, inquisition and bloody revolution, these worthies maintain that casteism is the Hindu equivalent of jehad and inquisition.. The international media helps them by exaggerating violence against Dalits. This is the crux of the matter.
This is how their argument flows: They say that: In religions like Hinduism, it is orthopraxis (religious practices, rituals and societal codes) which is more important than orthodoxy (religious beliefs) unlike Abrahamic faiths which believe in orthodoxy. In both cases, they say, the violation of the rules lead to punishment not less then death. This is how these intellectual frauds lump Hinduism along with killer Abrahamic faiths.
What they do not understand is that Hinduism is a democratic religon and Hindus are free to reject both orthodoxy and orthopraxy. The Hindu religion is like a menu for the seeker of truth. It has everything for everyone. As Swami Vivekananda said: "The great strength of Hinduism is that it does not lay down one dogma for everybody as is the case with Christianity and Islam. The fault with all religions like Christianity and Abrahmic religions that they have one set of rules for all. But Hindu religion is suited to all grades of religious aspiration and progress. It contains all the ideas in their perfect form…." "Universality, which does not preserve individuality, is false. Individuality in universality is the plan of creation... Man is individual and at the same time universal. It is while raising the individual that we realize even our universal nature.? It is because of this spirit of universality that Hinduism has never been a persecuting religion." “You know that the Hindu religion never persecutes. It is the land where all sects may live in peace and unity. The Mohammedans brought murder and slaughter in their train, but until their arrival peace prevailed"
Posted by DEEPAK KAMAT at 10:11 AM

DEEPAK KAMAT
All the entries in this blog are excerpts from my forthcoming book which will be released soon. From Savarkar to Modi -- The Unofficial History of Modern Hindu Nationalists. Email: deepakmangalore@yahoo.co.in