skip to main | skip to sidebar

Using Dalits as an artifice for aggression 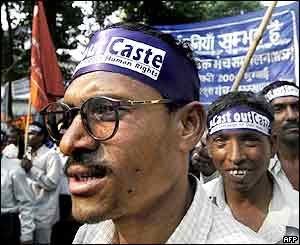 
The Kakatiya prince Prola I (c. 1052 to 1076) was referred to as "Prola Reddi" in an inscription.
The dominant castes of south India, such as Reddys and Nairs, held a status in society analogous to the Kshatriyas and Vaishyas of the north with the difference that religion did not sanctify them, i.e. they were not accorded the status of Kshatriyas and Vaishyas by the Brahmins in the Brahmanical varna system. Historically, land-owning castes like the Reddys have belonged to the regal ruling classes and are analogous to the Kshatriyas of the Brahmanical society. Source Wiki

DEEPAK KAMAT
All the entries in this blog are excerpts from my forthcoming book which will be released soon. From Savarkar to Modi -- The Unofficial History of Modern Hindu Nationalists. Email: deepakmangalore@yahoo.co.in